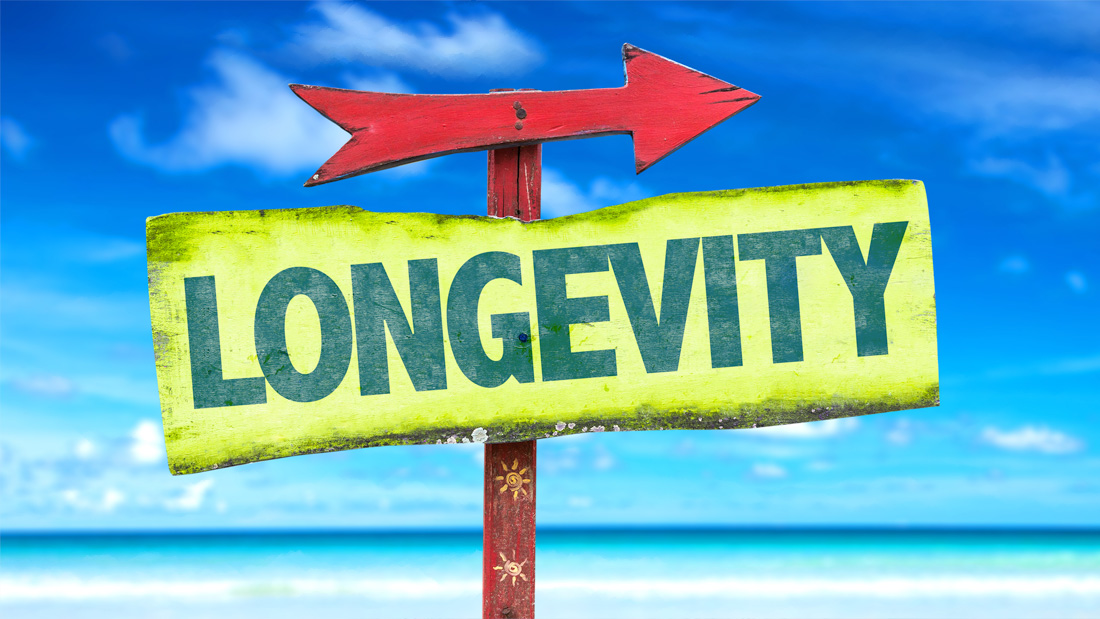 04 May Longevity in America: It’s a Whole New Age

The numbers are in, and folks are living longer! The CDC calculates that overall life expectancy in the U.S. is presently 78.7 years, with women outliving men by an average of 5 years. (Longevity is one place where there isn’t any gender equality.)

A few of the causes for the upsurge in life expectancy include:

Life expectancy ages are actually misleading, as they represent averages that include the few who pass away at younger ages. For those who have already reached their 60’s and 70’s, life expectancy is longer still. Based on data compiled by the Social Security Administration as well as the American Academy of Actuaries*:

In spite of occasional political rhetoric to the contrary, we believe the tendency that is longevity is great news – particularly given the choice! However, it does represent a tremendous challenge if Americans insist on retiring at 65 with inadequate savings, as Social Security was never designed to be a retirement plan.

As the longevity trend continues (and we hope it does), one thing remains clear: we have to rethink the entire notion of retirement and living a long and productive life.

The entire notion of retirement began less than a hundred years ago. The notion firmly took root as the consequence of the Social Security Act, that was passed in 1935. The word “retiree” did not enter the lexicon until the 1940s.

In 1935, the average life expectancy proved to be just 61.7 years, and it probably appeared reasonable to establish the arbitrary retirement age at 65. However, with a realistic expectation of living beyond 80, it’s now beneficial to set aside a few of the outdated models of what retirement resembles, if retirement is even a worthy goal!

THE CHALLENGES OF LIVING LONGER

In certain financial groups, increased life expectancy is viewed as being more of a “risk factor” than an advantage. The U.S. Census Bureau reports that half of U.S. workers have no private pensions and one-third of Americans have set aside no savings for retirement. And among those receiving Social Security benefits, a third rely on that monthly check for 90% or more of their incomes.

By late 2014, the average Social Security benefit was below $1300, which will clearly be insufficient for many folks to live on! If a senior wants assisted living, they can expect to pay $4,000 or more per month in most areas.

Then there’s the problem of “retirement plans.” You also planned on retiring at 65 and for those who are in possession of a normal pension, IRA or have a 401k plan set up, it may not be elastic enough to stretch for more than two decades. Even if your savings are calculated to account for inflation, it is often demonstrated the Consumer Price Index cost of living computations TEND NOT TO keep pace with real world inflation.

Even if typical retirement plans have become less viable, we are able to begin by saving more – we urge 20% – and we also can reevaluate our expectations. Starting retirement at 75 or 80 gives us 10-15 more years of saving and making.

For those that can readily afford to retire at age 65 or before, there may be better, more interesting choices than the usual life of leisure. Here are a few cases of those who have previously researched strategies to make their long lives even more comfortable and carry them through!

THE CHANGING FACE OF LATE- LIFESTYLES AND LIFE CAREERS

Poppy Bridger retired at the age of 69. Three years after, she used her life savings to buy the laboratory she retired from. The business brought in about $350,000 a year and she ran it until she passed away in 2013 at the age of 89. She turned “retirement” into a prosperous second act.

Additionally consider R. Nelson Nash, the creator of the Infinite Banking Concept. Born in 1931, he had this to say in a December, 2011 interview with the Lara-Murphy Report: “There is no way to convince me to retire! This life is too much fun to miss out!”

Nash went on to state that individuals desire a goal in life and claims that government-legislated retirement ages are arbitrary. Nash still delivers tons of seminars annually throughout the United States, speaking on the financial ideas outlined in his classic book, Becoming Your Own Banker.

Ernestine Shepherd (quoted above) started bodybuilding at age 71 and holds the world record for the oldest competitive bodybuilder. What started as a need to shake her sedentary habits off became a profession in addition to a lifestyle. Ernestine is a fitness expert and physical trainer at her health club teaching exercise courses, inspiring many by example. She has been featured in documentaries and “lives to inspire senior women to reach their physical potential.”

Young at Heart is an acclaimed documentary that emphasizes how one group of seniors is breaking the mold by performing pop, modern rock, and also punk music throughout the United States and beyond.

The Young at Heart Chorus bills themselves as “seniors behaving badly,” but it’s all in fun. The minimal age for the choir is 73, plus they focus on performing tunes not usually sung by mature adults, including James Brown tunes The Ramones, The Clash and Coldplay. The film is touching in addition to amusing… prepare to laugh as well as cry!

CREATING A MODEL THAT WORKS FOR YOU

Deferring retirement (or “forgetting to retire” completely) can not only just supply added savings but also tremendous chances for continuing growth, personal fulfillment and exploring long term prosperity. Consider models beyond the “work until 65, then quit cold turkey” strategy. Some possibilities:

Along with crunching on some serious numbers to disclose the reality of retirement plans, it’s important to find a fulfilling and rich experience much beyond age 65. If you are interested in taking a closer look at your retirement planning strategy, contact the financial professional that sent you this article, or if you’re looking for an advisor, TRUVIUM FINANCIAL GROUP can provide you with an advisor who can help you determine your objective, fact-based, advise toward financial confidence in your retirement years.